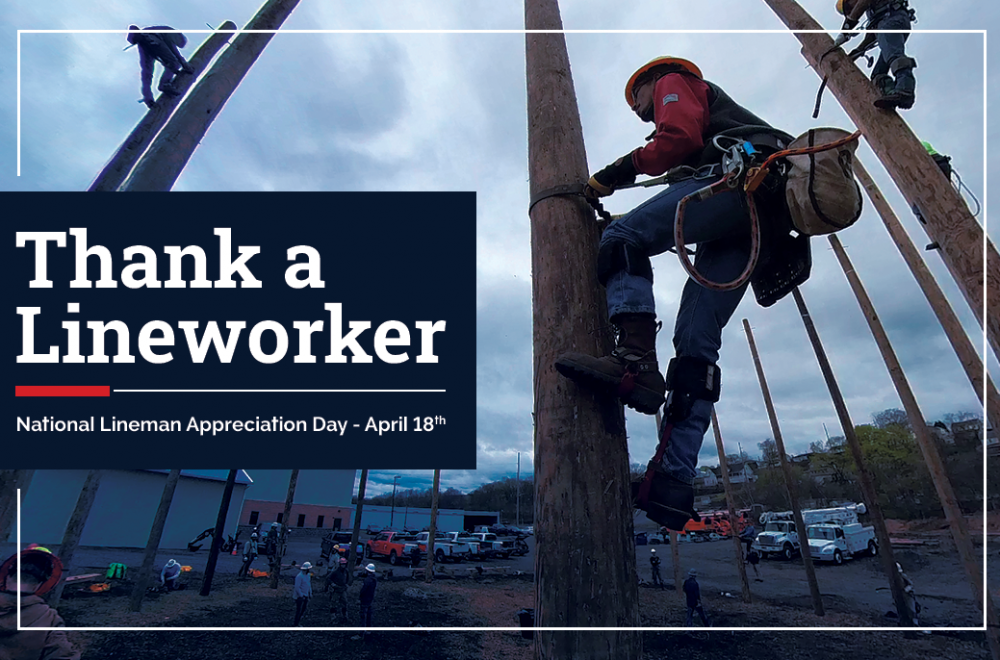 National Lineman Appreciation Day was celebrated for the first time in 2013 after the U.S. Senate approved Resolution 95 recognizing and honoring linemen for the “contributions of these brave men and women who protect public safety.” Join Tyndale today along with electric utilities, friends, and family across the nation in recognizing and appreciating the incredibly dangerous work linemen perform on a regular basis to “keep the lights on” for our communities.

Linemen are true public servants, working long hours every day, year-round in potentially hazardous conditions, often during extreme weather conditions, so that the rest of us can continue our daily lives comfortably. Linemen are the first responders during a storm or other emergency event, working with electricity and power lines to protect the nation from dangerous electrical currents. Tyndale saw this firsthand during Hurricane Sandy in October 2012 and again during the 2013-2014 winter months which brought many ice storms. During these events and others since, brave men and women were called upon to make the scene safe for other public safety heroes and the general public as a whole.

Tyndale understands that the profession of linemen runs deep with tradition and family, both at a personal and professional level, and seeks to recognize linemen for their contributions to protect public safety. Join Tyndale in thanking members of this profession by celebrating this day and honoring the time, effort, and grit of these brave men and women. Your dedication never fails to amaze us, and we could not be more Proud to Protect you!