How Common are Arc Flash Incidents? 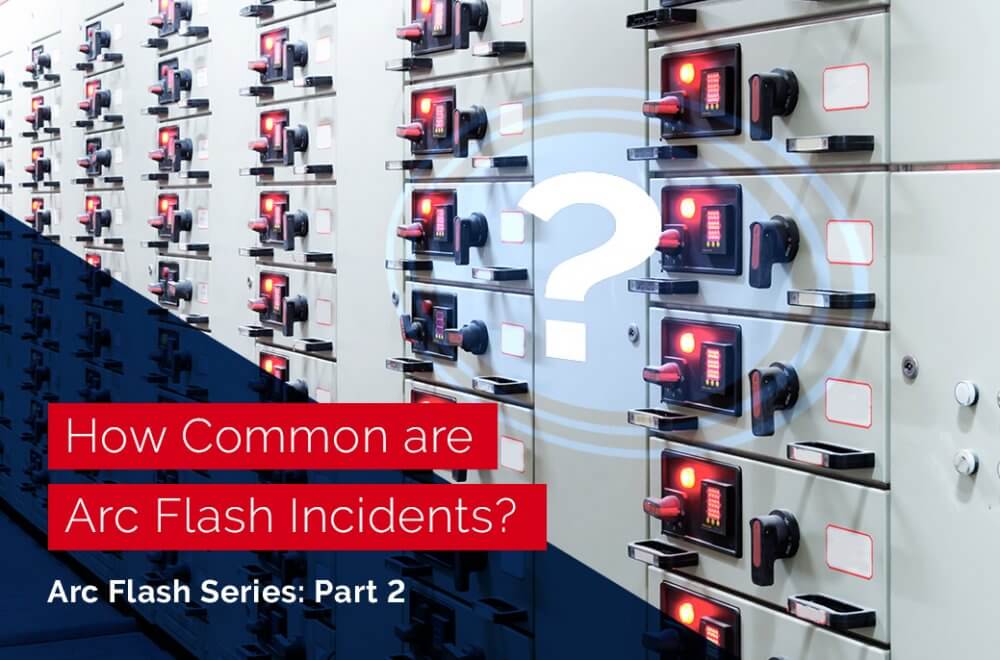 In our last post, we took a broad overview of the various costs associated with an arc flash event. But how often do arc flashes, let alone related injuries or death, actually occur.

Many managers and owners justify their decision to not provide workers with arc rated, flame resistant (AR/FR) clothing by suggesting that arc flash incidents are so rare that it’s not worth the expense of providing PPE to protect against them. While it’s true that it can be difficult to nail down exactly how common arc flash injuries – or even fatalities – truly are, evidence suggests that they are much more common than you may think.

Numerous sources report conflicting data on the frequency of arc flash events, with figures ranging from 5-10 per day to 30,000 per year. The reasons for these discrepancies is largely the fault of inconsistent and inaccurate reporting practices. For some of the reasons outlined in our previous post, employers strongly prefer not to report any work-related incidents to OSHA. And current reporting requirements make that easier than you would expect.

For instance, OSHA only requires that a report of an arc flash event be filed if:

Because employers are under no obligation to report any non-fatal incident in which fewer than three employees require hospitalization, a significant percentage of incidents simply aren’t reported at all – greatly reducing the overall accuracy of OSHA reported accident figures. In addition, these limits apply to businesses of all sizes. This means that incidents and injuries involving employees of smaller businesses that are less likely to have large crews working – and arguably less likely to provide their employees with PPE – are almost certainly under represented.

Likewise, even many of the arc flash injuries and/or fatalities that are reported are classified as something else. Victims of an arc flash typically present at hospitals as burn victims based on their injuries. In fact, as many of eight out of every 10 electrical worker fatalities result from burns as opposed to shock.1 a sizeable majority of arc flash fatalities result from secondary infections to the burn area, or due to the victim’s basic inability to recover from their burn-related injuries. As a result, hospitals and other medical professionals tend to classify arc flash injuries as burn injuries without specifying the source or cause of the burns being treated.1

In addition, Craig Wellman concluded in OSHA Arc-flash Injury Data Analysis that the cause itself of many arc-flash related injuries are misclassified.2 For instance, if a worker caught in an arc flash falls from a ladder, his or her injuries are often classified as fall related.

Consequently, while some may argue that OSHA records show relatively low totals for arc flash injuries and fatalities, it is almost certain that this is a significant underestimate resulting from reporting failures or inconsistencies.

So, when all of the above is taken into account, how many arc flash injuries really do occur every year?

A report published in Industrial Safety and Hygiene News1 estimated that, on average, there are 30,000 arc flash incidents every year. The report went on to estimate that those incidents resulted in average annual totals of 7,000 burn injuries, 2,000 hospitalizations, and 400 fatalities per year.

Meanwhile, in their 2015 report compiled for the Fire Protection Research Foundation, Richard B. Campbell and David A. Dini, based on Bureau of Labor Statistics data, concluded that while electrical-related fatalities have been declining steadily over the past two-plus decades, the rate of electrical injuries has stayed relatively steady.2 Although faced with many of the same categorization and reporting issues outlined above, Campbell and Dini estimate that 5 to 10 arc flash incidents occur every day. While considerably smaller than the figure cited in the ISHG report, it still amounts to as many as 3,500 incidents per year.

In 2012, Craig Wellman undertook an analysis of OSHA reported arc-flash injury data complied between 1984 and 2007. In his paper outlining his findings, Wellman refers to all of the factors listed above as challenges to compiling comprehensive data sets.

Nevertheless, Wellman identified over 600 arc-flash related burn injuries by reading through OSHA accident reports. By his own account, this represents a vast underestimate of total arc-flash injuries that occurred over the period he studied.

Figures compiled by the Washington State Department of Labor and Industries found 30 reported worker hospitalizations attributed to arc flash incidents between 2000 and 2005 in Washington alone.4

Regardless of which figures you trust, the technology exists to protect workers from death or serious injury in most arc flash events. Which means that virtually every arc flash injury and fatality is avoidable.

Obviously, arc flash incidents are not distributed evenly across everyone in the work pool. But, the unfortunate truth is that these accidents occur regardless of training, and unprotected workers suffer the consequences. In fact, one conclusion is shared by virtually every researcher investigating arc flash injuries – the overwhelming majority of arc flash incidents are the result of human error.

As noted above, estimates of the frequency of arc flash incidents range from 3,500 to 30,000 per year. And despite efforts to educate workers and employers about the risk, and the need to weak FRC on the job, reports of injuries number as high as 7,000 per year.

In our knowledge no worker who was properly clothed in FRC has died in an arc flash event. So, bottom line – while keeping your workers safe from arc flash injuries is the best reason to supply them with AR/FR clothing, doing so is good business as well. In our next post we’ll discuss just how large the financial cost of an arc flash incident can be.

This post is part 2 of a 4-part series exploring the financial implications for employers of an arc flash incident involving one of their workers. Be sure to read the other posts in the series: The Many Costs of an Arc Flash Incident; What Does an Arc Flash Injury Actually Cost Your Business; The Cost of Providing Arc Flash Protection in order to fully understand why providing employees with arc flash protection is such a good investment.